We Await Someone with an Inordinate Fondness for Terpenoids to Imagine Sitting on a Molecule of Carvone, 2019

Detached From Everything, Including Detachment, 2019

Bradford Willingham received his BFA in Film/Video from Savannah College of Art and Design in 2003 and his MFA from the University of New Orleans in 2015.  Willingham has participated in numerous group exhibitions including "Letter From New Orleans," DAM Projects, London, UK (2014), and "Reparation," Curated by Diago Cortez, New Orleans Museum of Art, New Orleans (2015).  Solo exhibitions include "A Subwoofer In Tweeter's Clothes," Good Children Gallery, New Orleans (2015), and "My Bong, My Lowre and Fambling Cheates," LAUNCH F18, New York, NY (2012).  Willingham lives and works in Brooklyn, NY and co-runs the project space Pari Passu in Ridgewood, Queens. 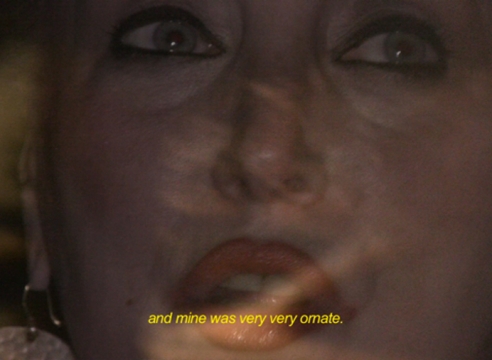