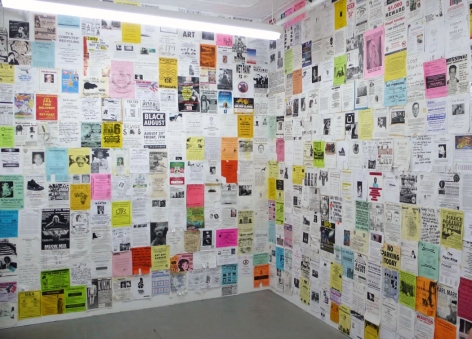 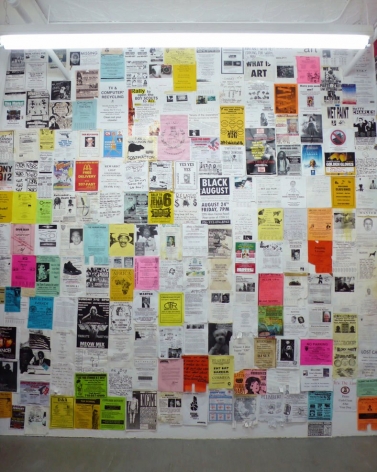 For Abject Street Wallpaper, Anderson has created a den of social information. The exhibition will feature a wall-to-wall installation of found street advertisements, missing person posters, stolen motorcycles and a multitude of everyday messages we see and pass by in our daily lives.

Anderson continues his lyrical pursuit of bringing visual information and products of the street to the gallery. Like his previous work, he renews the context of his subject matter and freezes it as a social marker. He allows and almost requires the wheel of pop culture and capitalism to maintain the borders of the concept and overall majority of content. Like a biographer, Anderson is continuously presenting a retelling of street culture, not as the individual creating the events or messages, butrather as a preceptor articulating its literal function amid a controlled setting. The plethora of materials presented in Abject Street Wallpaper results in a perspective that initially was unseen.