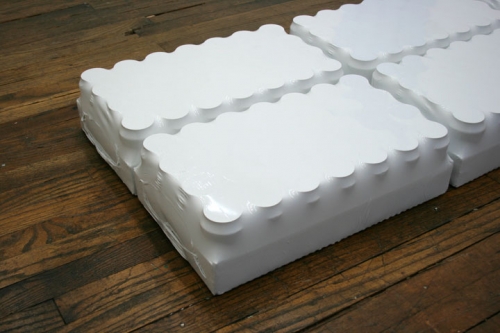 This group exhibition brings together thirteen inventive artists whose work looks towards the new and progresses into the future. The exhibition dialogues with the MoMA 2014 show, “The Forever Now: Contemporary Painting in an Atemporal World” which focused on an aura of timelessness that manifests itself in painting, where contemporaneity as an indicator of a new form is nowhere to be found, and all eras, styles, and genres coexist and mix.

“As an artist, the Now is more relevant as we are living now, experiencingnow, and responding now.” - Michael St. John

"The angel would like to stay, awaken the dead, and make whole what has been smashed. But a storm is blowing from Paradise. It has caught in his wings with such violence that the angel can no longer close them. The storm irresistibly propels him into the future to which his back is turned,while the pile of debris before him grows skyward. This storm is what we call progress." – Walter Benjamin