White on Pink, 2020
Acrylic and industrial marker on canvas board

Acrylic and industrial marker on canvas

Swarm, 2020
Acrylic and charcoal on canvas

Wild Combination, 2020
Acrylic, oil pastel and charcoal on canvas board

Lives and works in Amsterdam, The Netherlands

2015        MA in English Literature and Culture University of Amsterdam, The Netherlands

B.D. Graft was born in 1988 in Cologne, Germany. Working mainly in the fields of collage and painting, Graft’s focus primarily lies on exploring concepts of ownership and the deceptively decorative. Graft has exhibited extensively through out the world including The Netherlands, Germany, Spain, South Korea, France and the United States. Recent solo exhibitions include “Trying To Feel More Yellow Than Blue,” Nina Sagt Gallery, Dusseldorf, Germany (2018), and “The Art of Yellow,” Mute Muse Gallery, Seoul, Korea (2019). His debut solo exhibition, "Planted Thoughts" opened in New York opened with LAUNCH F18 in early 2020 to much critical acclaim.  B.D. has also collaborated with programs such as Uprise Art as well as a fashion collaboration with Off-White. Graft lives and works in Amsterdam, The Netherlands and is represented in partnership with ABSTRACT GALLERY. 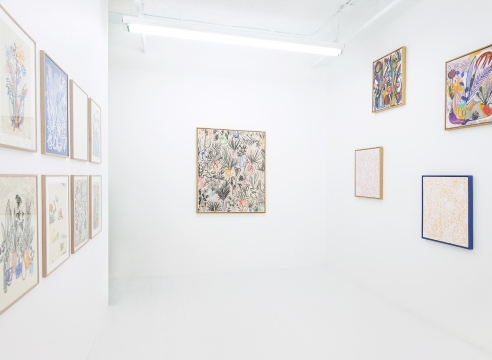 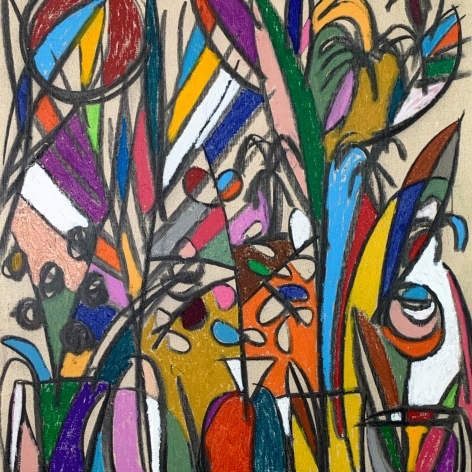 Don't fret about missing out on your gallery fix.  Check out all the best art exhibitions digitally courtsey of the new Instagram account, @artofsocialdistancing, which is documenting all the shows impacted by the coronavirus, including Planted Thoughts by B.D. Graft. 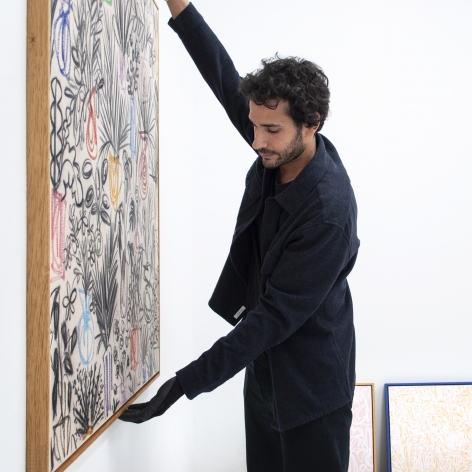 Sam Trioli and Roman Sviridov decided to talk with B.D Graft about his current exhibition at LAUNCH F18, Planted Thoughts.  Known for his playful and colorful compositions and designs, B.D. breaks down his creative process, insprirations and ideas behind his debut solo exhibition in New York. 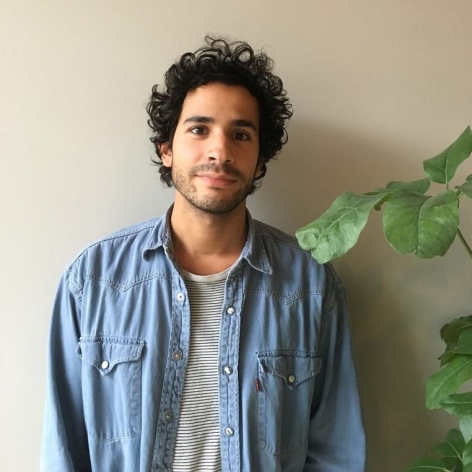 Art Plugged is glad to welcome Netherlands based artist the renown B.D. Graft. He is a multi-discipline artist, focusing on working in the fields of collage and painting. B.D work places emphasis on exploring concepts of ownership and the deceptively decorative.